I imagined this little game for you. So, a big Metal label offer you the opportunity of editing a NWOBHM anthology/best-of. You can't select more than 15 tracks, and it must be a smart compilation presenting this period to people who barely know it, but also enjoyable for Heavy Metal fans. You can put what you want on it (we got all the rights even for obscure bands).

So, what will be your NWOBHM compilation/Anthology/Best-of, accepting this is the only chance you'll ever get from this professionnal label to put out a compilation destined to be sold in all distributors like Virgin, etc. (I insist this is not a CD-R for your buddies, there is no game If you think about it this way).

Here will be mine :

This requires some thought... which years are allowed? I have seen songs from up until 1986 so far and I can't consider that NWOBHM... neither can I consider Judas Priest or Motörhead NWOBHM!
In some lost corner of the world there sits a leprechaun laughing merrily atop a mountain of mysteriously lost LP innersleeves
Top

I agree but I did cheat a little because some of my favourite songs are from '84 and I had to include those.
Top

I agree I cheated too, ELIXIR and DEEPSWITCH are a little late to be called straight-NWOBHM, but I love both songs !!
Top

1978: The beginning of speedness and the reaction to Punk.

I didn't remember that first Cloven Hoof was from 1984. Beside that I managed to stuck to my vision in my compilation.

BUT, I don't care if you put later bands that YOU consider to be NWOBHM. We're not here to debate about NWOBHM (but it would be cool to do it, in a thread specially made for this issue).

As for Judas Priest, I consider them part of the NWOBHM, because they embrace the movement. Before Stained Class it was rather "calm" band, even similar to Black Sabbath sometimes, for all I know, but in late 70's they amorced a revolution of loud and speed, with all other english mates, so I put 'em in the wave.

As for Motörhead, same thing than above. They start as a Rock'n'Roll band but they turn really Metal (just look at the photos from Iron Fist, this is really Heavy Metal approach and feeling). So for me from Overkill to Iron Fist it can be include in NWOBHM. Because they are British, they play HEAVY and they are influencec by Punk.

So, to come back to the chronogical problem, just do it as you feel

J.K. wrote:So, to come back to the chronogical problem, just do it as you feel

I won! Now I can retire.

GJ wrote:
I won! Now I can retire.

Of course you did! 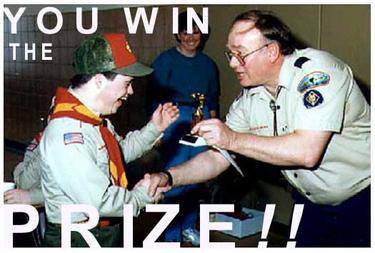 I'm so proud of you

Lovely! You found my pic.

Guess it was too hard a question to answer right away for this poor cretin. I will give it more "thought" and maybe I can come back with an answer within a few months time.
http://www.facebook.com/quicksanddream
http://quicksanddream.bandcamp.com/
Top

quote:
"it must be a smart compilation presenting this period to people who barely know it, but also enjoyable for Heavy Metal fans."

So you want a list of tracks that would introduce a real HM fan to NWOBHM? Probably best to skip the obscure stuff for the most part and select good tracks by bands they are more likely to hear about or otherwise come across.

and rounding things out with some less obvious selections....

That's off the top of my head, might edit later. Touches on the main bands and shows a variety of styles from doomy to boogie to moody to speedy. Not claiming these are the best or even my favorite tunes
"I'm sorry Sam, we had real chemistry. But like a monkey on the sun, our love was too hot to live"
-Becky
Top

Don't have the time to check dates (pre-1984) and band-faves, I'll compile the list based on the ones I remember at the moment and with a little help from the posts above

It's a pity for the other godly bands from 85 and after (Omega, Virtue, Elixir, Desolation Angels...) and for the many forgotten here.
May the Lords of light be with you
Top

I love that everyone who listed a Satan song so far chose a different one. :p
Top
Post Reply
62 posts

Users browsing this forum: No registered users and 17 guests