I do not know if there is already an issue in the forum like this, if so, I apologize. In my old website had a section on album covers like they were 'suspicious' each other ... would seem that obvious ... authentic clones in some cases. I found on my hard drive, some files and you might be interested, just as a curiosity. Anyone is encouraged to continue with it? I'll put some more of them than I have. The similarities range from annecdotes the most brazen copy:

WARLOCK Vs. AT VANCE (what do you think?)

I've always found such things to be more of homages to the older band rather than trying to copy.
Top

Abyss wrote:I've always found such things to be more of homages to the older band rather than trying to copy.

Surely this is the case when the band designed the cover. I´m afraid that things change when are the designers of the companies which are responsible for the coverart....
Miguel. Asturias
http://metal80.com
http://musicaimpresa.wordpress.com
Top

Accept and Nashville Pussy I'd say inspired. At Vance could be coincidence.

Thin Lizzy and Orishas are just headshot covers, they don't look that similar and were already very popular before the first band of the two used them.
Top

Some well known, some less known... 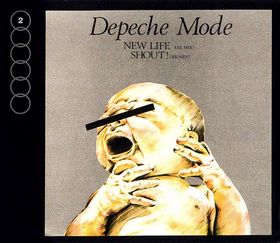 The Accept cover's a Robert Mapplethorpe photo, which wasn't commissioned by the band or label. I've no idea if Mapplethorpe was a Wishbone Ash fan.
"I just yell at people"
- Tim Baker
Top

With your permission, I would add this to the Rolling Stones and Motley Crue, the 80's spanish band LEÑO.
Miguel. Asturias
http://metal80.com
http://musicaimpresa.wordpress.com
Top

There's a great story behind this cover. Surely all of you know that, but i would remind it once again, because it's part of the legend around 'Born again'. Well, At the time of publishing this album, Don Arden was the manager of BLACK SABBATH, we could say he was the OWNER of BLACK SABBATH. However, Ozzy had ceased to be one of the artists of his agency, once it was married to Sharon, the daughter of Don Arden
Sharon, became independent riding his own office and taking her to Ozzy. Revenge of his father was to limit the range of stealing her daughter as many partners as possible. When he learned that the designer Steve Joule, was working for her, did not hesitate to hire him would create the new BLACK SABBATH album cover.
Steve JOule however, does not want to lose the opportunity to continue working for Ozzy but he knew that to refuse a request of Don Arden was a mistake that cost him dearly, so he decided solved the problem by designing a cover for the album, horrible enough for the group's rejection.
With that idea took a picture of a baby who illustrated the cover of an old copy of the journal 'Mind Alive ', and altered down the resolution, adding horns and nails and giving the colors more inappropriate as he could.
When Joule presented to the band, his surprise could not be higher. Ian Gillan and Bill Ward were not present, but both Tony Iommi and Geezer Butler (especially the latter) were delighted with that grotesque design. I guess in 1983 it was impossible to know what could be expected from Black Sabbath.

I hope he learned his lesson. The thieving bastard.
Top

Are you talking at me?
Miguel. Asturias
http://metal80.com
http://musicaimpresa.wordpress.com
Top

Mr. Slieger should know that if he is not the photographer or the editor of this magazine, is spewing rights not belong to him, I wonder if he has permission to publish everything you have on your page (the which is great and I visit often). In any case, "the photo of his property" is removed.
Miguel. Asturias
http://metal80.com
http://musicaimpresa.wordpress.com
Top

miangarri wrote:Ian Gillan and Bill Ward were not present, but both Tony Iommi and Geezer Butler (especially the latter) were delighted with that grotesque design.

miangarri wrote:Ian Gillan and Bill Ward were not present, but both Tony Iommi and Geezer Butler (especially the latter) were delighted with that grotesque design.

Gillan said later, "I looked at the cover & puked."

"...then I heard the album and puked again..." ha ha in my country there is true devotion for this album.
Miguel. Asturias
http://metal80.com
http://musicaimpresa.wordpress.com
Top

Users browsing this forum: No registered users and 23 guests